You are here: Home / Blog / Best 10 Meter CB Radio Reviews in the Market : Everything You Need to Know about 10 Meter Radio to CB Radio Conversion 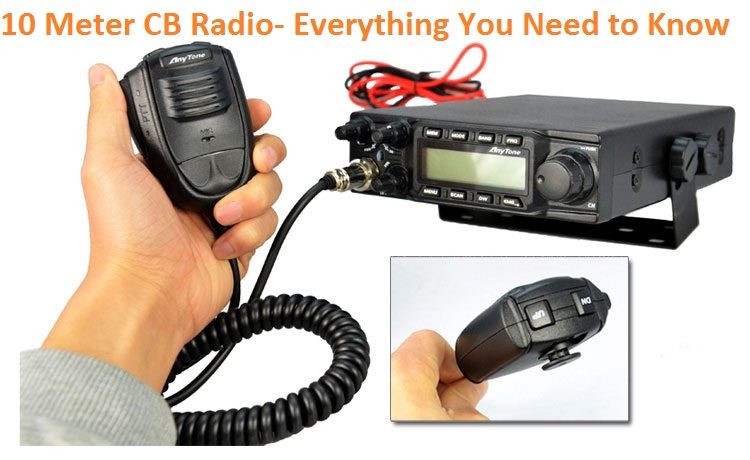 Have you been thinking to buy the best 10 meter CB radio all night? Although a 10-meter radio and a CB radio are completely different, you still can get a combined version of the two. People do this by 10 meter radio to CB radio conversion.

This conversion process is a bit tricky and of course, it raises a hell lot of questions. I have seen even the expert CBers are doubtful about its advantages and legal aspects.

If you are in this situation, let me tell you that we have you covered. This article will give you all the details required to establish a good 10 meter CB set up.

If you are in a hurry, here is a quick look of our top picks to convert 10 meter radio to a CB radio

A 10 meter CB radio is nothing but a 10 meter(HAM) radio converted to CB radio(11-meter radio). Once converted, these Ham radios won’t transmit in the 10-meter band. They will start functioning in the CB band.

The features of the 10 meter CB are as follows:

Most people opt for a 10 meter CB radio as their peers own CB radios and operate in the 40 channels of its 11-meter band. We recommend you to go for conversion only if there are no much HAM users in your area. 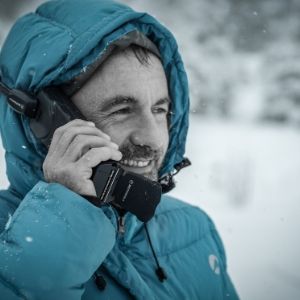 In my opinion, you don’t really have to convert a 10 meter radio to CB radio. It doesn’t fetch many advantages. In fact, this process is a headache.

On the other hand, you can easily invest in some of the best and powerful CB radios in the market at a far less cost.

The rules set for this radio are different and demand critical operational knowledge. 1

If you really want to check out the difference between the two, check it out from this article on HAM vs CB We have tried to cover the difference in depth.

The process of converting a 10-meter radio into a CB radio varies from radios to radios. Some of the normal procedures are:

Here are our reviews of the most powerful 10 meter CB radios in the market.

For some of the avid radio users, the brand name Galaxy is more than enough to grab this radio. Galaxy DX98VHP is a 200 Watt 10 radio that operates in the SSB band.

It is one of the most rugged types of 10 meter CB radio you can get. Galaxy has ensured that the design and construction are of top-notch quality. The stylish blue colored radio is not below other radios when you compare the aesthetic appeal too.

Some of the features of the radio are:

The best thing about Galaxy DX98VHP is that it is very easy to convert to a CB radio. We recommend you to get it done from your nearby CB shops. Moreover, there are online shops selling the product in a single package. I will leave it to you to choose the conversion platform.

The radio is loaded with a hell lot of features. The 3 in 1 meter to monitor SWR, power and signal strength is a real bonus. Adjustable echo, roger beep, built-in frequency counter, etc. will make your CB experience an amazing one.

If you are looking for the 10-meter radio which is the easiest to convert to a CB, this is what you need. Connex 4600 is a moderately priced simple and easy to use amateur radio known for outstanding performance.

The radio has a blue LED channel display with a small-scaled meter. The display and meter provide you easy readability on long drives. You can catch its glimpse of checking signal strength and power output.

You might be eager to know the features of this beast. Here they are:

The radio lands on your home with an easy-to-use feature. It works great on just a reasonable budget. You need to take it to the shop if you wish to convert it to a CB radio. But compared to our top pick, this this is the best to get if you want to convert the 10-meter radio to CB fairly easy.

The Stryker SR-655 is a 10 Meter Amateur radio which is well received by customers all over the world. It exhibits high power up to whopping 70+ watts PEP.  You can thank four FQP13N10 MOSFET transistors aiding to this top-quality Amateur radio. Once converted, you can easily put into the list of best Styker CB radios.

Here are the features worth mentioning:

Stryker’s outstanding receiver protection system is invaluable in crowded transmissions. This exclusive feature rejects adjacent channels in areas of high power operators. No wonder it showcases optimum performance while engraving its worth on market.

You don’t have to worry much about converting this amateur radio to a CB. All you need to do is to take it to your nearest CB shop. They will do the job for you. Even after the conversion, I am sure that the 10 meter CB radio will give its outstanding performance.

Do you need a license to operate a 10 meter CB radio?

Yes, you need to get a HAM radio license even if you convert the 10-meter radio to a CB.

Can I operate a HAM radio in the 10-meter band after conversion?

No, you can only operate converted radios in the CB band. However, some of the lower/higher frequency ranges can be accessible.

What is the difference between regular CB radio vs a 10 meter CB radio?

A 10 meter CB radio is actually a HAM radio converted to CB radio.

You will have to understand that 10 Meter Amateur radio does not carry the name CB with it. You need to get a license for the legal operation of this type of Amateur radios. It is susceptible to damages if carelessly handled.

Yes, you can use the ten-meter radios as CB radios. But you need to convert them. I am sure that you will get the 10-meter radio to CB radio conversion services from your nearby CB repair shops. With little bit customization and tweaks, you might get high powered CB radio.

I urge you to weigh the advantages you get with this conversion. You need to understand that a CB radio costs almost half of amateur radio. If you wish to convert it, it’s additional 50 bucks. Therefore, you don’t really have to get a converted CB radio, instead buy a good quality CB radio system.

On the other hand, if you happen to have an amateur radio and there are no other users, you can definitely convert it into a CB and use it.

The choice is yours!