There are many things a hardcore CB radio user learns from this passion. One such thing is the slang- CB radio lingo. But the thing with 10-4 code is that it is very common nowadays. That’s why I get angry when someone misinterprets the 10 4 meaning.

Come on, we have been using this code since long. In fact, the 10-4 code has become a part and parcel of our life that we use it in our normal communication too.

Some think it means “Yes” or they take it as an affirmative or roger code meaning you’re okay with what the person at the other end had said.

If you’re thinking so, I have to tell you that you’re wrong! 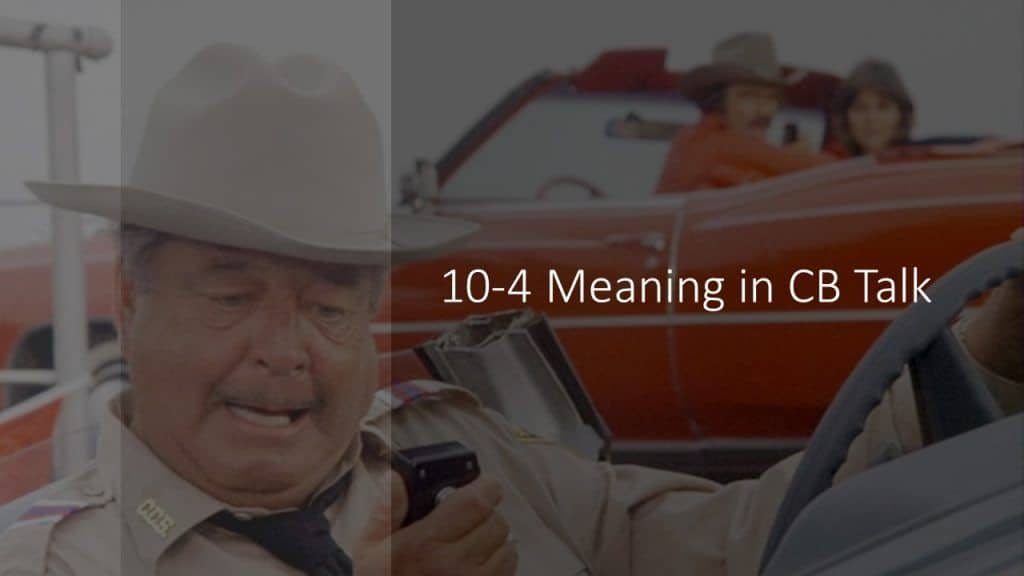 The meaning of 10-4 CB code is not simply a “Yes” as given in many online articles.

Before we start digging into the definition of the ten four code, I want to take you through the history and evolution of 10-4 codes and also give you when to use these codes for CB communication.

I have been asking my peers and searching online to find out where did 10 4 come from. I was unable to find an exact year for the origin of 10-4 codes.

10 code came into existence in the latter half of the 1930s when APCO Ten Signals was used by Police.

The first public usage of the 10-4 code happened in the mid of 1950s. It was extensively used in Television series Highway Patrol.

1975’s hit song “Convoy” is purely based on communication between truck drivers through CB Radio. The song has got phrases like 10-4, what’s your 20 etc. in it.

Let me tell you once again that 10-4 doesn’t mean any affirmation, rather it’s an acknowledgment.

When you say 10-4 through your CB radio, it means ‘Message Received and Understood’. Nothing more than that. It does not give any reply to the question asked by the other person. This is only to let the other person know that you have received his/her message and understood.

Let us take an example to understand the situation:

Trucker 1 : “Is there any traffic at Highway Number 11?

What does that mean?

It DOESN’T means there is traffic at Highway Number 11, rather it means Trucker 2 has received Trucker 1’s message and he understood it. He will give a reply to Trucker 1 later.

I hope that’s clear to you! 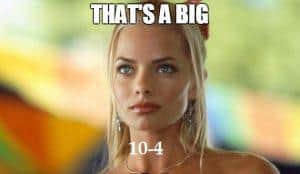 It’s very common that many people use the phrase “that’s a big 10-4′ in their conversation. What does that mean?

You might have guessed it now. It means an emphasis on an agreement. In other words, a strong agreement to something can be conveyed using this phrase.

Many of you might have already used the 10-4 CB code. But I believe it was not used correctly. The misinterpretation of the ten four code is very common. You can find other commonly used CB radio codes here.

If you’re interested to know more about CB language, I urge you to go through this book – The Official CB Slanguage Language Dictionary. It is the number 1 bestseller to learn more about the topic. 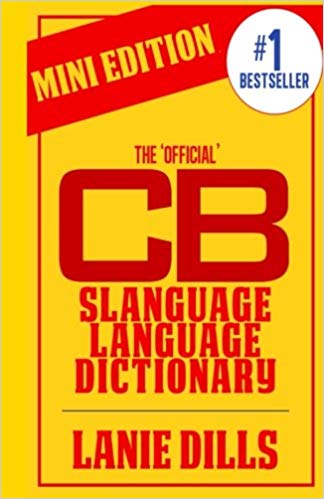 With this article, I believe you might have understood the real meaning of the code. I will be very delighted if you came to know what does 10 4 stands for by reading my article. I would end this article by emphasizing once again that it’s an acknowledgment code and not an affirmative one.